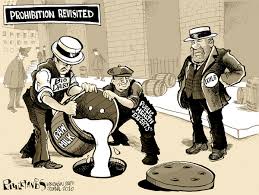 THE SALE of raw milk for human consumption is to be banned “as soon as possible”, according to Minister for Agriculture Simon Coveney.

Mr Coveney said there was no justification for opposing the advice of experts that the sale of raw milk from cows, sheep and goats should be banned because of the risk to human health.

Raw milk producers have been lobbying hard against a ban but the Minister, citing scientific advice, says there are serious health risks associated with drinking unpasteurised milk.

However, the proposed ban will not apply to raw milk used to make cheese, and to milk which is not put up for sale.

Because it takes time to make cheese, there is an opportunity to withdraw product from sale where a problem arises with the source milk, according to the Minister. The cheese-making process also prevents the growth of the bacteria that cause food poisoning.

Although it is not legally possible to prevent farmers drinking their own cows’ milk, Mr Coveney said the practice was not recommended on health grounds.

The Campaign for Raw Milk has argued that production should be regulated rather than banned. The campaign, which describes the proposed ban as a missed business opportunity, is supported by leading food figures such as Darina Allen, Ross Lewis and Neven Maguire.

The sale of raw cows’ milk was banned from 1997 to 2006 by the department and before this, by most local authorities.

The ban lapsed due to a change in EU legislation in 2006 and the department then carried out a consultation on proposals to extend it to milk from sheep and goats.

According to the Food Safety Authority of Ireland, the health risks include TB, brucellosis, E.coli O157, campylobacter and salmonella.

Mr Coveney told Labour TD Kevin Humphreys that regulating for the sale of raw milk would be difficult and costly to implement and would still not eliminate health risks.

He pointed out that some artisan food producers are using pasteurised raw milk to make ice cream, yoghurts, cheese and milk products.