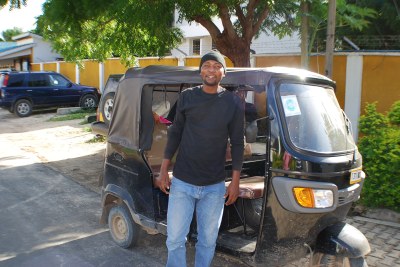 INDIAN auto rickshaw manufacturer, Bajaj Auto Limited, has started assembling both of its two and three wheelers in the country ahead of plans for a 20 million US dollars (over 30bn/-) assembly plant in the country.

The manufacturer’s International Business Manager, Pulkit Kapani said in Dar es Salaam on Monday most of the machines were imported in semi-assembly. “We have started simple assembling of some parts at our plant in Mikocheni,” M. Kapani told a news conference while introducing a new 200cc double headlights auto rickshaw in the local market.

He said Bajaj Auto Limited was now targeting the Tanzanian market where is has sold thousands of vehicles through local agent, Fair Deal Auto (pvt) Limited of Dar es Salaam.

“We started by selling 200 units a month over one and a half years ago but now we are doing almost 1,000 vehicles a month,” Kapani said while defending increasing prices of the vehicles from 2.5m/- when they were introduced to close to 5m/- now for latest model.

A Senior Manager with Fair Deal, Isriel Makyao said popularity of Bajaj vehicles in the country is due to efficiency and convenience in terms of running costs to owners. “These vehicles are fuel efficient, of high quality and last longer,” Mr Makyao pointed out.

arlier this month, Minister for Industry, Trade and Marketing, Dr Cyril Chami led a delegation which visited the Asian nation and said on his return that Bajaj Auto Limited was among Indian multinational corporations seeking to invest in the country.

Dr Chami said on arrival from Indian after the weeklong visit that at least seven Indian companies had pledged to invest 250 million US dollars (about 400bn/-) and create over 6,000 jobs. “We can confirm that these projects will start within six months and will create jobs for Tanzanians,” he said on arrival at Julius Nyerere International Airport last May.