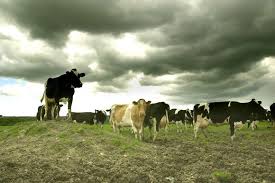 Sir, – The Irish government intends to ban the sale of raw milk before the end of 2011. The Campaign for Raw Milk in Ireland (CRM) has been formed on behalf of a number of businesses, farmers, chefs, food critics, representative bodies and consumers. The CRM is calling for the government to cease its plans for a draconian, outright ban and take the time to consider other options available in the form of regulation of the raw milk industry in Ireland.

We believe everyone has a right to choose to drink one of Ireland’s premium products which has a rightfully esteemed place in our food heritage. Informed consumers should have the right to decide for themselves what they eat and drink.

The Department of Agriculture Fisheries and Food (DAFF) banned the sale of raw cows’ milk in 1996. An EU directive in 2007 superseded this ban. In late 2010 a number of dairy farmers realised the implication of the EU directive and commenced selling raw milk. Now, on the advice of the Food Safety Authority of Ireland, the Government wants to introduce an outright ban on the sale of raw liquid milk to be enacted using a statutory instrument promoted by the Department of Health on behalf of DAFF. The normal procedure for food production is to introduce regulations to minimise any potential risks to public health, not to issue bans.

Given the consumer demand for raw milk, we believe it is inevitable that sales of raw milk on some level will continue despite any ban. A complete lack of regulation poses a far greater danger to public health than would an educated system of regulations designed by the Government in association with relevant stakeholders from the farming and food communities. It is our belief that the Government should be working with rather than against small formers and that their aim should be to help farmers produce raw milk safely.

Currently farmers selling their raw milk to co-ops get around 35c per litre. These farmers could sell their raw milk direct to the public at a retail price of approximately €1.50-€2 per litre. The average price of a litre of pasteurised, homogenised, commercially-processed milk in supermarkets ranges from €1.20 to €1.60.

Risks are inherent in all foods consumed; as was demonstrated by the recent outbreak in Germany. Countries, similarly reliant on exports such as New Zealand allow the regulated sale of raw milk, as do many of our EU neighbours.

We would welcome and encourage specific regulations surrounding the production and sale of raw milk in order to minimise and manage potential risks. As with any other food, proper regulations are always necessary and correct. In fact, it is by no means desirable that every dairy farm in Ireland be permitted to sell raw milk.

2 responses to “Banning raw milk (Letter to the govt. published in Irish Times)”