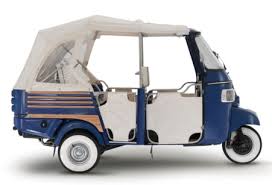 Laws related to 3-wheelers can alter dramatically from State to State as they all make their own laws and so whats law in one State may not be in the other. It is always well worth checking with the State Police before you take your machine there. If you can’t find something very specific in the State motor vehicle laws then assume it’s illegal. 3-Wheelers eGroup member Mike Perry has found that a call to the Police or to DMV will help straighten out many of the rules. He suggest calling two different agencies as he feels many people who  work in these agencies are not  always knowledgeable. Finally he suggest asking a local police officer and mentions a young officer  (about 30) is more likely to have all the current laws well in their head.

In a couple states you have the option to license a 3-wheeler as a car. Most states are fairly uniform, but these are the questions one should ask of  the motor vehicles department, which anyone can call for information.

In general 3-wheelers are classed as motorcycles though in at least one State, a motorcycle must weigh a certain amount. ( 1500 lbs?).  As a motorcycle there are no tests for pollution in most States. (Though in California all new motorcycles come with catalytic converters)    In some States, motorcycles skip the annual safety inspections, where a  car can be disqualified for hundreds of reasons. You are sometimes limited to one headlight, sometimes to one tail light, but this isn’t usually enforced. No windshield wipers, turn signals, catalytic converters or any of the other things the older motorcycles do not have.  If you have any of these items though they must work even though they are not required.

In general a 3-Wheeler must be insured as a motorcycle and you can not insure it as a car. Many 3 wheeler owners often has problems finding an agent that will cover them. The Corbin Sparrow, the 3 wheeled electric car, is especially hard pressed. Their one agent company that everyone was using, State  Farm, is saying they are going to discontinue insurance because parts are not  available. Other insurance companies won’t give more than basic coverage, if they’ll sell to you at all, so if you are in a crash you are pretty much on your own. This also does not cover personal injury, in most cases, so you are on your own if you are injured. If you do get full coverage, expect to  pay at least double auto insurance rates. Many policies will not cover damage to your vehicle. This is what makes it so cheap. When a normal motorcycle slams into an object, the likelihood is the other vehicle/structure is not heavily damaged and the other people are not injured. That’s also why it’s hard to obtain full coverage or medical coverage for driver & passengers; they are often very damaged. It makes sense when you think of a 3 wheeler as a motorcycle … a vehicle that can fall over and trap you underneath at a standstill.

License costs are usually much less. In some States (Oregon) that’s not a big consideration as licenses are less than $30 a year for a car. In other States (CA, WI) its understood the cars are licensed by their size & this can be a fair layout of cash. In certain States 3-Wheelers must be operated as a motorcycle. This means headlights on all the  time. In a few States, you can legally drive a motorcycle between other vehicles on the road; such as in a traffic jam where you’ll see motorcycles riding down the centre lines, between aisles of stalled cars. In some areas  there are also special parking places for motorcycles.

In most States a 3-Wheeler qualifies to use the commuter lane, set aside for cars carrying two or more people.

Terry Briggs in New York offered the following advice: …. regarding the laws and regulation for the United States, I currently inquired to the state DMV here in New York where I live, it was very straight forward, ” any vehicle with 3 wheels, regardless of weight or engine displacement is classified as a motorcycle, and registered as such”. This is the only number that will understand what your talking about, so don’t waste the time talking to the local DMV office in your area. The Phone number to call for the registration package is as follows, ” DMV Technical services bureau @ 1-518-474-5282 ” They will send you the needed paper work and info to register your 3- wheeled car, oops! er um motorcycle to them…

One response to “3-Wheeler Laws and Regulations: United States of America”