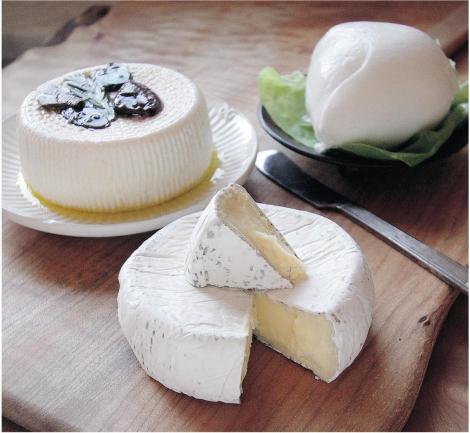 Now that science is able to reverse engineer a cheese anywhere in the world, European cheesemakers feel that the original names of cheeses need to be legally protected.
Photograph by: Adrian Lam, Times Colonist , Vancouver Sun

Until about 7,000 years ago, humans couldn’t digest milk from other animals. Around about then, Neolithic people began harvesting animal milk and stumbled upon cheesemaking.

“It allowed for modest amounts of fresh cheeses, dried in the sun and stockpiled for future use,” says Paul Kindstedt, author of Cheese and Culture: A History of Cheese and Its Place in Western Civilization.

By 500 BC, lactose tolerance began to spread, Kindstedt says.

Aged cheeses have little lactose so can be eaten by most people. That said, Kindstedt says the science of cheesemaking has advanced so much that “aged” cheeses might not have been aged.

“There are accelerated ripening processes to get more flavour in less time,” he said in a phone interview from Vermont where he is a professor at the University of Vermont’s department of nutrition and food sciences. He is also a member of the Vermont Institute of Artisanal Cheeses at the university.

In fact, reverse engineering has produced “portfolios” of cheese cultures. “(Traditional) cheeses were developed in specific locations because they were suited for that place and time and environment with particular microflora, wild bacteria and cows. Cheese was shaped by the environment specific to the region. Science can now reverse engineer a cheese anywhere. It’s so sophisticated now that many organisms found in particular regions can be cultured. Companies that sell cheese cultures have entire libraries of bacteria, yeasts, moulds that cheesemakers can add in different proportions to duplicate cheeses. There’s an enormous array of possibilities.”

In turn, cheesemakers in Europe have been lobbying to legally protect the original names of cheese – like Gouda, Mozzarella, brie, Camembert, and countless others.

“We’ve appropriated segments of a culture that are part of a people’s identity and it has economic implications,” Kindstedt says. “Through immigration, over the centuries, the names of cheeses have migrated all over the world. It’s looked at as a past injustice.”

“Many carried a high degree of risk. The regulations assured a level of safety. It put a lot of the soft cheesemakers out of business,” says Kindstedt. “GI (gastro-intestinal) upsets were part of life in Europe 20, 30, 40 years ago. Food poisoning was considered an inconvenience.” But, he says, there’s no question that raw milk cheeses also have much greater potential for more diverse and interesting cheeses and flavours.

“My understanding is that it still goes on being made quietly.”

In the U.S. and Canada, the 60-day aging policy controls for health risks.

Explaining its allure, Kindstedt says cheese is a product of place and nature, a product of human culture which has deep, deep, deep roots, like wine.