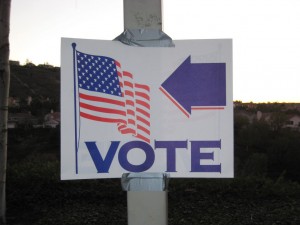 During this election year it is important to remember that there are several political components to the cheese world. It would be great to hear a few choice cheese questions posed to the candidates during the debates, such as: where do you stand on raw milk cheeses?

For many of us this is an important question. Many livelihoods depend on this one: the raw milk cheese producers, and many retailers and distributors.

Case in point: our federal regulations regarding raw milk cheeses have not been updated since the 1940’s; it is high time they be revisited in an unbiased and scholarly way. It’s kind of like we are living in another silly but extended Prohibition. When will the regulations be aligned with reason?

I heard about a recent Boardwalk Empire episode that had a woman sickened by raw milk. Interesting to note: it was a New Jersey physician, Dr. Henry L. Coit who began a serious effort in the late nineteenth century to control the cleanliness of milk by instituting a certification process for the milk industry. This was well before the booze Prohibition, and several decades before cheese suffered its own prohibition, which is still in effect today and may never be repealed.

Cheese is not the same thing as milk. Just because it is derived from milk does not mean that the risks are the same. People have rarely been sickened by cheese yet less rarely they have been sickened by milk. With regards to safety, cheese has its advantages over milk.

Milk is fermented to produce cheese; this more acid environment is less attractive to pathogenic contamination. Cheese has salt added, salt being the great preservative that it is. Milk has no salt added. Cheese has less water than milk, and with less water available for breeding, bad bugs have a tougher time in cheese. Of course some cheeses are wet, but any cheese worth its salt (no pun intended) has that lower pH, a little extra salt, and a little less moisture. Three strikes against contamination.

There was a time when American-made cheese was a valuable export commodity. We even sold cheddar cheeses to the country from where it originated. Our cheese exports today comprise a miniscule fraction of our export market.

It is a good thing that we are eating more cheese than ever, not only because our domestic demand helps keep our cheesemakers in business, but also because we will all be better off with a little more cheese in our diets.

Which brings up the nutritional angle. This election the education topic is near the top of the list. We cheese educators believe that cheese education is at least as important as any other field of study, granting that cheese study has so many branches.

What we would like to hear in the debates is how cheese is actually a good food we should celebrate and promote – one that not only tastes good but is also especially nutritious. We may help solve our nation’s obesity epidemic with a diet that includes a little more cheese, and we could put a small dent in our trade deficit eventually.

There are other cheese studies, including: religion, philosophy, history, economics, chemistry, physics, biology, geology and soil science, climatology, art, politics, and others. For some people, cheese study includes its astrological component. Cheese study is endlessly challenging. Whatever your particular interest may be, cheese will offer its tangents. Cheese alone could make a core course curriculum for a liberal arts college.

Now all we need to do is repeal the cheese Prohibition that denies us the right to enjoy young uncompromised milk cheeses throughout our fair land.

It brings out the tea party in me. Interesting to note that there are blue cheeses and red cheeses.