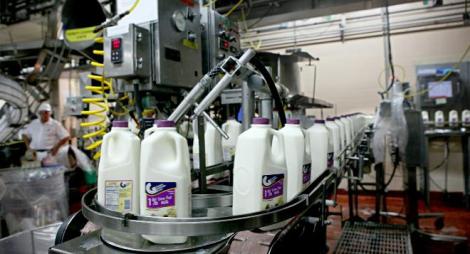 With unemployment being such a big concern, there may be one more victim. Elsie’s worried about her job.

Americans just aren’t drinking as much milk as they used to. We’re at the lowest level in nearly 30 years, 6 billion gallons and that’s about half of what we drank in the early 80’s.

Bottled water, sports drinks and other beverages are closing the gap on milk and that has dairy producers worried, though they are thankful that the difference is being made up in yogurt and cheese sales. Yogurt is up 400 percent since the 80’s

Some people are staying away from milk because they fear antibiotics and synthetic hormones that may be in it.

According to Wilson, customers want their milk as natural as it can be.

“It’s straight from the cow, nothing added, just time and temperature.”

Unlike the numbers the grocery stores are seeing, Wilson’s sales are increasing by 15% every month and some of his customers travel up to 2 hours to get his milk.

“If they’re traveling that far to get a couple of gallons of milk, something is going on out there.”

So, let’s not cry over spilled milk, but you might consider pouring a cold glass.