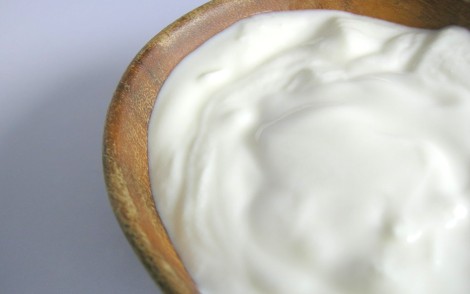 Viili, piimä, filmjölk, skyr – all obscure mouthfuls of rolling foreign vowels – that mean but one thing: cultured milk.  The Scandinavians, whose ill-tempered northern climate necessitates creative application of food preservation techniques, celebrate  soured milks and cultured dairy foods in a manner unparalleled by even the yogurt-loving people of the Caucasus. Indeed, they thrive on all manner of cultured and soured milks which are deeply ingrained into their culinary tradition and heritage, and from their undying love for wholesome, naturally soured milks we can all learn a lesson.

Scandinavia, though offering a remarkable plethora of cold-weathered vegetables, berries and other nourishing, suffers from severe, cold and dark winters characteristic of the north. No other word but harsh seems to better describe the challenges of a Scandinavian winter.  Indeed, it ought to for the word harsh itself is of Scandinavian origin, coming to the English language from the Norwegian word harsk.

The peoples of Scandinavia are masters of food preservation – techniques won through difficult and hard winters in which many bellies went hungry.  From necessity and practicality, a heritage of cultured, naturally fermented foods was born. They bring us gravlax, pickled herring, cheeses and sourdough breads, inlagda rödbetor (a type of pickled beet) and, of course, a wide variety of yogurts such as viili, piimä, filmjölk and skyr.

A 2008 study of over 82,000 Swedish men and women found that a high intake of cultured milk products seemed to lower the risk of developing bladder cancer.

Their love of cultured dairy foods is only fitting; after all, Sweden and Finland lead the world in milk consumption averaging three to four gallons of milk drunk for every man, woman and child in the country each month1. It’s only natural that such a milk-loving society would find unique and alternative ways to not only preserve, but also enjoy dairy beyond cold, frothy glasses of fresh milk.  Their time-honored love of fresh milk, cheeses and cultured dairy foods has undoubtedly benefited their health.  Indeed, the mere act of adding a starter culture to milk in effort to produce a yogurt not only increases the amount of beneficial bacteria present in the milk, but also doing so increases the food’s micronutrient profile – improving, in particular, the amount of B vitamins.  A 2008 study of over 82,000 Swedish men and women found that a high intake of cultured milk products seemed to lower the risk of developing bladder cancer2. Moreover, a high intake of cultured foods is linked to an increased barrier against microbial infection3.

Viili, though thought to originate in Sweden, is a Finnish cultured dairy food noted for its viscous, gelatinous and almost ropey consistency.  Indeed, the longer the strands produced, the more treasured the viili; indeed, some ropes of viili have been reported to reach upwards of one foot in length. Viili’s characteristic texture is the result of naturally present, beneficial yeasts and lactic-acid producing bacteria.  Its is mildly sour, and in many respects faintly sweet by comparison to other cultured dairy foods and yogurt, making it a good option for small children. Want to try it?  You can pick up viili starters online.

Where viili is eaten piimä is drunk.  A thin fermented beverage, piimä is less sweet than viili and faintly cheese-like in its flavor.  Due to its characteristically thin consistency and its sour almost cheese-like flavor it’s a good substitute for buttermilk.  When piimä starter is used to culture cream, it produces a slightly thicker version that makes for a beautiful sauce.  We serve it with pan-fried brussels sprouts. As with villi, if you want to try making piima, you can find starter cultures online.

Filmjölk is another treasured cultured dairy food.  Its bright and tangy flavor is quite versatile. Filmjölk is not as thin as piimä, and neither as thick as viili.  For this reason it’s well-suited to a variety of applications.  Filmjölk earns its tangy taste from lactococcus lactis and leuconostoc mesenteroides.   These bacteria, like others involved in fermentation, render the milk slightly acid and that its acidic environment coagulates the milk’s natural proteins turning the milk into sour, thick yogurt.  You can pick up filmjölk starters online.

Skyr is Icelandic in origin, and traditionally consumed at breakfast.  Though technically a soft cheese due to the inclusion of rennet, skyr is cultured with a starter that includes such beneficial bacterial strains as streptococcus thermophilus and lactobacillus bulgaricus. The whey of traditional skyr is quite sour and somewhat bitter and it is sometimes used as a substitute for vinegar.  Starters for skyr aren’t widely available, even online; however, if you’re lucky enough to find skyr at your health food store you can use the unflavored variety as a starter .  Mix it with warm milk, add a few drops rennet (which you can find online).  The skyr should coagulate or curdle within about five hours.  After which you cut the curds and strain them through a cheesecloth or butter muslin (you can find these in most health food stores or online) for twelve to twenty-four hours depending on your preferred thickness.

Even more obscure is Norway’s tette milk, long heralded as a beauty treatment when drunk, which is produced by steeping the leaves of a blue-flowered Scandinavian meadow plant in freshly drawn milk.  The milk would then sit at room temperature until clabbered, and this herbaceous clabbered milk could then be used to culture more milk.  Milk drawn in the spring, and thus preserved, could be consumed well into winter provided it wasn’t disturbed by stirring which would break the curds and whey. Unless you live with access to the tette plant, you’ll be unable to make traditional tette milk; however, it’s lovely to consider, isn’t it?

why scandinavian-style room temperature yogurts are a great choice

Aside from the fact that cultured dairy products are simply wonderful for you (and taste wonderful, too).  I recommend room-temperature yogurts for people with limited time.  That is, if you’re one of the countless readers that emails me wondering how to fit traditional foods and from-scratch cooking into a life that also includes a 60+ hour work week, charitable commitments and raising kids, this is the kind of yogurt you want to make.  Most traditional yogurts (Bulgarian and Greek) are thermophilic.  That is, they culture best at temperatures between 108 and 110 degrees Fahrenheit.  That means, you’re usually using a yogurt maker or otherwise carefully monitoring temperature.  Viili, piimä and filmjölk culture best at room temperature.  To prepare them takes less than five minutes of your time and you don’t need any special equipment for temperature regulation.  Mix milk with starter, set it on your counter and in a day or two you will have a beautiful, traditional homemade yogurt.  Easy easy.

how to culture scandinavian-style yogurts at home

You’ll note that these Scandinavian cultured dairy foods are largely produced by adding a starter culture to fresh milk and then allowing the milk to naturally ferment – or clabber – at room temperature which is in slight contrast to the traditional yogurt to which many of us our better accustomed. Room temperature, or mesophilic, yogurts are easy to prepare at home.

where to find starters

If I’ve got you all excited and you’re ready to start culturing your way through quarts of milk, you can find traditional mesophilic (that is: room-temperature) Scandinavian-style yogurt starters online (see sources).  I have not found them available any other place (aside from skyr).  With good care and regular culturing, your starter will last indefinitely.