Agriculture Ministry policy analysts expect it will take the next four weeks to plough through more than 1000 submissions on the Government’s review of the Raw Milk Regulations. 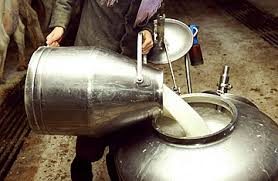 Once the huge response to the ministry’s call for comment has been collated and analysed, officials will provide advice on the next step to Agriculture Minister David Carter.

The regulations are part of the Dairy Industry Restructuring Act 2001, passed at the time of dairy giant Fonterra’s formation from an industry merger.

They are designed to encourage domestic manufacturing competition by obliging Fonterra to provide competitors with a set amount of milk each a year at a regulated price.

The regulations have been reviewed in the interim, but have come under fresh scrutiny this year as dairy product prices soared on the back of strong international commodity prices, causing a backlash from New Zealand consumers and smaller processing companies which buy milk from Fonterra.

The latest review was announced in October and the ministry asked for feedback on a consultation document it released in July.