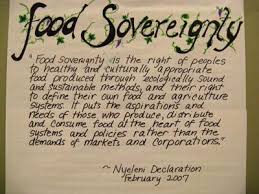 President of Slow Food, Carlo Petrini, has released a declaration in support of the campaign. “Ten years ago this month, during Cheese 2001, Slow Food launched an international campaign in defence of raw-milk cheeses, publishing a Manifesto, organizing activities and putting pressure on governments of countries where the association was present. This battle, it is fair to say, was won shortly after, particularly in Anglo-Saxon countries including Ireland, where exceptions were made in order to save these precious and tasty cheeses.
Today, as we work our way up to the inauguration of Cheese 2011, which takes place on September 16th in Bra, Italy, the issue of raw milk has once again been raised in Ireland and in other countries by bureaucrats and Ministers. This time, though thankfully not affecting cheese, they are attempting to ban the sale of liquid raw milk in Ireland. When it comes to raw milk, as with many other foods, Slow Food believes we should not trade our freedom of choice for comfort and perceived safety. Current regulations and innovative techniques, added to the traditional crafts and knowledge used to produce this high quality milk, make it a safe and tasty product, which can help small-scale farms survive in this era of pasteurization.”

Slow Food International stands by the side of Slow Food Ireland and supports their actions and the Campaign for Raw Milk in Ireland. Along with Irish producers present at Cheese 2011, a special moment of reflection will be dedicated to this issue, which will, without a doubt, receive the support and solidarity from producers, experts and cheese enthusiasts from around the world who will be converging in Bra this September.