“My family comes from Oconomowoc and Milwaukee, Wisconsin, my dad from the tradition of Joseph McCarthy and my mom from that of Robert La Follette, so I have been well educated in the tensions between reactionary and progressive populism, the poles of our politics down to thepresent. The Tea Party is the rising counter movement against the rights gained in the
sixties and thirties, including the rights of teachers, cops, firefighters and all public sector workers to form unions and bargain collectively. In response to the attacks on these rights by Governor Scott Walker, a great social movement has arisen this year in Wisconsin on which the future of
America, and the next presidential election may depend.”
—Tom Hayden 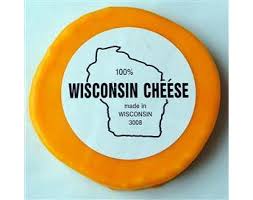 Madison—Thousands marched to the Capitol steps and through the massive rotunda on August 25, “black Thursday,” the day when Republican Governor Scott Walker’s rollback of state worker jobs and paychecks was cutting deep—Wisconsin state employees’ pay was cut by 13 percent. Walker is the point person in a Republican strategy to destroy public sector unions, the steady source of thousands of middle-class jobs and a key institutional base of the Democratic Party. The Republican counter-revolution in Wisconsin has already terminated the dues check-off system that funds unions, such as those for teachers and state workers, wiped out same-day voter registration and made a driver’s license a requirement to vote, and redistricted the state legislature to favor the Republican right. And changing the date of primary elections from September to August disenfranchises a statewide student body that leans blue and green.

Forcing labor unions to go door-to-door to ask their membership for individual dues is expected to result in losses of 35,000–40,000 National Education Association (NEA) members out of over 98,000 total, and as many as 5,000 of 23,000 members of AFSCME, the state and municipal workers union founded in Wisconsin. “Unions are going away,” says Ed Garvey, longtime Democratic leader and former executive director of the NFL Players’ Association, who engineered strikes and won anti-trust decisions against the owners in the 1970s.

Garvey’s worry is understandable. But Governor Walker’s spear, and that of the Tea Party, is bent, and may be broken by an unprecedented social movement that broke out in freezing mid-February, soon to ring the Capitol in numbers exceeding 100,000 week after week. Singing and chanting, the protesters surrounded, stormed and nonviolently held the Rotunda. That massive outpouring spurred all fourteen Democratic senators to become fugitives from the capital in mid-February, in an effort to block the three-fifths quorum needed to push through a state budget that included a non-budgetary item: stripping collective bargaining rights.

When the budget was jammed through (without the proper hearings and procedures), the street movement took to the precincts statewide. Despite oppressive heat and summer vacation pressures, by August the pro-union protesters managed to recall two Republican state senators and preserve the seats of two Democratic incumbents, all in conservative-leaning districts. That left the Senate in Republican hands by just a one-vote margin, 19-18, including one independent Republican, Dale Schultz, with maverick tendencies.

Last week when I visited, the movement was showing no signs of abating, with several thousand demonstrating at the Capitol. The legislature will reconvene in mid-September.

The next target of voter recall is likely to be Governor Walker himself, assuming the movement sustains the energy to collect 700,000 valid signatures this winter. Already Walker is making nervous but thus-far empty gestures about sitting down for talks with his adversaries. Opinion surveys across the Rust Belt show majority opposition to repeal of collective bargaining. In Ohio, an even harsher version of the Wisconsin law is likely to lose when put to a voter referendum in November. The Wisconsin uprising has broken the momentum of the Tea Party in critical Midwest states.

If this were New York City, the New York Times might be comparing the uprising to Cairo on its front page every day. But this is Wisconsin, celebrated as the heartland by the coastal elites, but in reality marginalized in the national political culture. (An exception has been the consistent coverage by MSNBC’s Ed Shultz, who frequently relies on The Nation’s Washington correspondent and Madison resident John Nichols.)

This is a homegrown revolution, not one led or fed by outside forces or agitators in the grip of ideology. International unions and Democratic Party strategists based in Washington, DC, didn’t start the fight, but were drawn into it by their rank and file and thousands of independent citizens across the state (including players from the Packers). Politically active observers noticed the freshness from the beginning. Dawson Barrett, a graduate student active at the University in Wisconsin-Milwaukee, e-mailed me on the first day, saying “crazy shit going on in Wisconsin…this is escalating quickly…high school and university students are having walkouts ALL over the state to support their teachers and family members…. The governor announced the national guard is ready!” The historian Paul Buhle e-mailed from Madison on February 16 that “it seems (for a moment anyway) as if a new era has opened.”

This was a qualitative shift of forces exceeding anyone’s imagination. Only months before, the conservative elements of Wisconsin populism reared up to defeat Senator Russ Feingold, the very embodiment of the La Follette tradition. Tea Party–led Republicans were frothing against Barack Obama and the Democrats for seeming betrayals of their 2008 promises, and Feingold was among the fallen Democrats. No one predicted the governor’s overreach nor the cycle of progressive revolt that soon followed.

The revolt’s authenticity is shown in the inventiveness of many slogans, posters and lyrics produced by the protestors themselves. Some example:

“Cheese, Brats, Beer, Unions!” Wisconsin produces 600 kinds of cheese. Cheeseheads are prominent at Packers games, where they often nibble on fried cheese curds. The president needs to know that the derogatory “cheesehead” epithet came from Illinois football fans in the 1980s, and was quickly embraced by Wisconsin sports fans.

“Walker is a weasel, not a badger!” The badger, the state animal, is a short-legged, heavy omnivore and the mascot of the university’s sports teams. More recently, the badger has been the mascot of Hufflepuff House, with its underground tunnels, in Hogwarts School of Witchcraft in Harry Potter.

Impromptu chants were typically good-natured, from “Screw us and we’ll multiply,” to a dog carrying a “Paws to Negotiate” sign, to the ubiquitous “Thank you! Thank you! Thank you!”—a chant repeated at any gesture of solidarity, especially when the cops and kilt-clad firefighters, in spite of Walker’s policy of sparing them from the cuts, sided with the demonstrators.

These examples suggest an important clue to social movements: that cultural or identity factors play a critical role alongside those of class, race and gender. Wisconsin was a homeland for populist, labor and socialist politics among European immigrants a century ago. “Sewer socialism” was a description of the success of Socialist Party mayors, especially German ones, in my parents’ youth. On February 17, Buhle wrote: “As I moved along with the tight-packed crowd, late in the afternoon, coming out of the demonstrator-filled Wisconsin capitol building and passed the statue of Hans Christian Heg [[Norwegian immigrant, Union Army officer] toward the street, I touched the engraved lettering. ‘Fell at Chickamauga.’ It occurred to me that my great-great-grandfather, farmer-abolitionist Ezra Fuller, did not fall at Chickamauga, and that makes me a lucky survivor of another civil war.” (Readers’ guide: Hans Christian Heg joined a Wisconsin militia called “The Wide Awakes,” which tracked down slave-catchers before the Civil War. He joined the abolitionist Republican Party and fought in the Civil War, dying under Confederate fire in 1863. There are at least eight memorials to Heg scattered around Wisconsin towns.)