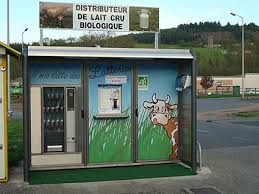 Well, as suspected, it turns out Canada’s Vancouver branch of the North America Raw-Milk Spy Camp is still plotting against Our Cowscowshare. Check out this comment from Gordon S Watson on the Bovine’s latest post about the FDA spying on American raw milk farmers:

On Friday August 26th 2011 – the Fraser Health Authority was back at the Our Cows farm in Chilliwack BC, accompanied by the RCMP, executing a Warrant to Search per the Public Health Act RSBC. Apparently Fraser Health inspectors looked around for 7 minutes, questioned one of the employees, then left. This is despite their lawyer, Guy McDannold, having told the Supreme court judge last February that Fraser Health would take no action while Alice Jongerden’s Constitutional Challenge to the regulation, was pending.

Lawyer McDannold has broken his undertaking to the Court again, just as he did last time when he promised to do nothing ’til the Schmidt decision was handed down in Provincial Court, January 2010. But secretly prepared a Petition to put Home on the Range out of business, just days BEFORE the Schmidt ruling.

Reading the NaturalNews expose about the FDA’s techniques for spying on American raw milk farmers, I have to be honest…I just had to laugh…. On one level it was an amused laugh, but on another it was slightly hysterical. I would be more inclined to just chortle with glee at the pure insanity of such an idea if we hadn’t already seen these ‘war-games’ being played over the past couple decades. Unfortunately, it is all very real, despite reading like some kind of bizarre science fiction written by a deranged family-farm hater. (Above cartoon from counterthink.com)

This was the paragraph that made me laugh. It’s unbelievable, in my world–$80,000 a month to harass a few thousand raw milk drinkers in Wisconsin–I can’t even imagine making that much money in a year…hummm…wait a minute, isn’t that the state that had to strip collective bargaining rights from their public workers because they were broke?

FDA pays huge sums of cash each month to various state agriculture departments, then sends top-level FDA infiltration agents to those states to train state-level agents in these same clandestine techniques. As one example, NaturalNews has learned the FDA currently pays the Wisconsin Dept. of Agriculture more than $80,000 a month for it to spend on these raw dairy spying and infiltration schemes. Shortly after the program was launched, FDA flew several of its top agents to Wisconsin to walk the local farmers’ markets with spies-in-training agents, teaching them spying and infiltration techniques in what was essentially a “Raw milk spy camp.”

I just wonder how much Canadians are paying for their raw milk infiltration programs. Oh yes, we know Canada has been operating with the same tactics for years (from the Bovine):

During Michael (Schmidt)’s most recent trial in 2009, it became clear that the local health unit had dispatched an undercover agent to infiltrate the ranks of Michael’s raw milk cowshare members, to gain his trust and to acquire raw milk and raw milk products for testing.

And, as became evident during the course of the trial, this undercover agent, Susan Atherton, wasn’t lying about needing raw milk to address her chronic health issue. The sad part of the story is that she never did get to drink the raw milk she acquired from Michael Schmidt’s farm. It was all sent away for testing. And it wasn’t tested for pathogens. It was merely tested to confirm that it really was raw milk. Well, duh, did they really suspect that Michael was providing cowshare members with pasteurized milk?

“After weeks of investigation, NaturalNews can now reveal that the U.S. Food and Drug Administration is waging a clandestine war on raw milk dairy farmers through a network of government spies who are coached on infiltration and social engineering techniques. Resembling the Stasi East German police or KGB of the former Soviet Union, these undercover FDA agents meet each month for a “spying roundtable” phone conference called the Raw Milk Call during which techniques of infiltration are openly discussed and encouraged.

NaturalNews can now reveal that the majority of these undercover FDA agents are women, who are more easily able to infiltrate the raw dairy community with techniques of social engineering (see below).

The existence of this elaborate spying operation has been confirmed by NaturalNews through three different sources, all of which demanded anonymity as they fear being targeted by the FDA with armed raids, false arrest and destruction of their property, as we recently witnessed with the Rawesome Foods raid.

These highly trained Raw Milk Spies operate in a variety of ways which are spelled out on the NaturalNews site, the following are just a couple techniques. In light of the recent visit by Fraser Health to Our Cows Farm the first point hits home!

As part of its secret spying and social engineering effort, the FDA also runs a national farmer intimidation program where FDA agents dressed in what look like FBI or “agency” uniforms just show up at farmers’ homes and engage in verbal intimidation in order to dissuade farmers from producing or marketing raw dairy products. This is done without a warrant and completely outside the law. Farmers are routinely told that if they talk about this, they will be targeted with armed raids.

Many millions of dollars (NaturalNews could not get accurate numbers on the total expenditures) are being spent by the FDA on these spying and infiltration programs. None of these programs are reported to Congress. None are reported to the press. These are entirely “dark operations” conducted behind the scenes, with no official announcements, and with no desire to attract publicity of any kind. They are, essentially, secret wars being conducted against America’s farmers, with no congressional approval whatsoever.

NaturalNews was told that FDA head Margaret Hamburg is not only authorizing these secret spying operations, but that she took a personal role in structuring the operations so that they would not be made public. NaturalNews has not yet been able to confirm this allegation, since obviously the FDA outright refuses to return our phone calls, insisting on operating entirely in secret.

If anyone in Canada has information about what is going on behind closed doors in regards to this issue, NaturalNews has now set up a way for you to leak info while maintaining your privacy:

NaturalNews has already received information hinting that even many agents within the FDA are fed up with the agency’s illegal war on farmers. If you work for the FDA, or with the FDA, or participated in FDA raids in any way, and if you have intelligence that needs to be made public to help end this secret war, NaturalNews will protect your anonymity, just as we have the other sources who provided intelligence for this story.

You may submit tips to Natural News here.