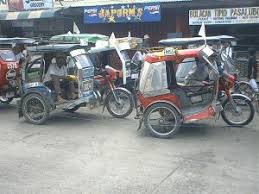 The search is on for the most outstanding tricycle driver of the year award in this city initiated by the Land Transportation Office (LTO) region 2 in partnership with the Junior Chamber International, Inc. Tuguegarao City chapter to erase the negative image of tricycle drivers.

Francis dela Cruz, chief, licensing division of LTO and local chapter president of JCI Tuguegarao said it is already of public knowledge that in the city, many tricycle drivers are branded undisciplined because of collecting too much from their passengers, especially tourists, which is a violation of the existing fare matrix. He also emphasized that there are tricycle drivers that are abusive and involved in criminalities.

He added that the search is aimed at recognizing tricycle drivers are models of character and have outstanding performance as public utility vehicle service provider.

“This award system is part of our thrust to bring back the morale of the tricycle drivers because not all are undisciplined and involved in criminalities. There are still many tricycle drivers that carry dignity and moral, and models of good characters in their service to the passengers,” dela Cruz said.

The criteria for the search are: a nominee should be a bonafide member of any Tricycle Operators and Drivers Association (TODA) in the city, a full time tricycle driver, no traffic violation record, not involved in any criminal cases and with minimum of 5-year service as full time tricycle driver. The deadline of submission of nominees will be on August 18, 2011 at licensing division of LTO regional office 2.

The winner will receive a cash prize of undetermined amount yet. The other partner organizations and sponsors will also give incentives to the winner during the awarding ceremony.

Dela Cruz emphasized that the nominator should not mention to the nominee that he/she is a contender for the search because the committee will conduct background investigation of all the nominees to ensure they are worthy of the first outstanding tricycle driver award.

He further stated that this year, they will just choose one outstanding awardee but will expand the award system next year up to the regional level and select more than one winner.