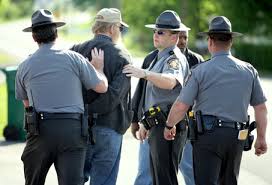 Raw milk is inherently dangerous, and the only way to make it safe for human consumption is to pasteurize it — this popular mantra, in one form or another, is one that you may have heard someone say in response to the idea of drinking unpasteurized milk. And while many people still cling to this belief as absolute truth, it holds no basis whatsoever, scientific or anecdotal, in actual reality. And federal agencies like the US Food and Drug Administration (FDA) and the US Centers for Disease Control and Prevention (CDC) continue to marginalize this health-promoting “superfood” by publicly repeating such lies against it.

Both the FDA and CDC continue to allege that raw milk is dangerous and that it leads to disease, all while propagating the false notion that the only safe milk is pasteurized milk. They often cite seemingly-scientific numbers and data about outbreaks allegedly related to raw milk in defense of these claims, and many people eat up this misinformation without giving it a second thought. As a result, a general public bias against raw milk has been firmly established and in motion for many decades now, despite the fact that the parents and grandparents of many of those who today decry raw milk actually drank raw milk when they were growing up (and many lived healthy, vibrant lives as a result).

Dispelling the myths and taboos surrounding raw milk is no easy task, as most of the “official” information coming from government sources is biased against raw milk. By continually denouncing the safety of raw milk and scaring the public with (false) statistics, the war against this wholesome food appears to be a success — except for the fact that the truth is finally coming out, and increasing numbers of people are awakening and turning to raw milk for improved nutrition and better health.

In 2007, the FDA and CDC jointly issued a press release entitled,FDA and CDC Remind Consumers of the Dangers of Drinking Raw Milk. This report contains frightening statistics, which claim that between 1998 and 2005, there were 45 outbreaks, 1007 cases of reported illness, 104 hospitalizations, and two deaths “associated” with the consumption of raw milk.

Sounds scary, right? Well, it might be if the figures were actually true. The report cites an issue of the CDC’sMorbidity and Mortality Weekly Reportfrom March 2, 2007, as the source of this data. But a quick look at this cited report reveals that the numbers used by the FDA and CDC in their own report do not even exist.

See for yourself at the following CDC link, which contains information about an illness outbreak that the agency blamed on raw milk but that contains none of the figures cited by the FDA and CDC in their joint announcement:
http://www.cdc.gov/mmwr/preview/mmw…

You might be asking: what about other agency documents; do they contain the data? Try performing a search for yourself. You will be unable to find any trace of data that supports the data found in the joint agency report. And since neither agency has been willing to address requests for clarification about the actual source where the data can be found, there is no other option but to assume that they simplymade it all up in order to perpetuate the culture of bias and stigma against raw milk. 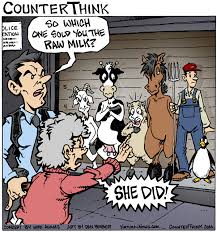 “This is an excellent example of government bias against raw milk,” stated Sally Fallon, President of the Weston A. Price Foundation (WAPF), in 2007 just after the joint agency anti-raw milk report was released. Her organization, which promotes the consumption of clean, raw milk obtained from healthy, grass-fed cows, has yet to get a response from the government agencies about where their data was obtained.

“FDA and CDC have provided not a single reference to support the claim of widespread illness from raw milk during the seven-year period,” she added.

Illnesses ‘associated’ with raw milk do not mean raw milk is to blame; in most cases, conventional meat, produce, and even pasteurized milk are to blame

While there are documented cases of illness that may have involved raw milk products, many of these are used to automatically blame raw milk, even when it is later determined that something else was the true cause. And even after raw milk is vindicated, the FDA and CDC oftenuse the data to blame raw milk anyway.

In reality, conventional produce, meat, eggs, seafood, and even pasteurized milk are all implicated infar more illness outbreaks and cases than raw milk, and yet this inconvenient truth is routinely buried by the FDA and CDC. Even if the bad data that the agencies use to indict raw milk is used, it is still afar safer food product than most other food products that Americans consume.

Assuming for a moment that the statistics cited in the joint FDA and CDC report are accurate (which, of course, they are not), the number of outbreaks and illness casesassociatedwith raw milk is still a mere fraction of the number ofconfirmedillnesses and outbreaks caused by other foods.

The list goes on to cite beef, eggs, and seafood,all of which are implicated in causing far more foodborne illness cases than even the most inflated and fictitious raw milk illness statistics. And yet the FDA and CDC have never once issued warnings or “reminders” about not eating any of those foods.

Then, there is the issue of pasteurized milk, which according to WAPF is responsible for causing hundreds of thousands of illness cases throughout the past several decades, and several hundred deaths. The single largestSalmonellaoutbreak, in fact, which sickened over 200,000 people and killed 18 people in just a few months, was caused by pasteurized milk, not raw milk.

Wake up, America! Your government has an agenda against raw milk

Regardless of whether or not you personally drink raw milk, this issue represents a much bigger culture of lies that permeates the US government. By continuing to lie about raw milk — which is far more nutritious than pasteurized milk when derived from clean, grass-fed cows — and to censor the cold, hard truth about the much more severe dangers of the rest of the food supply, the FDA and CDC are ultimately perpetuating a culture of sickness and death.

This pattern of deception — which concerns not only raw milk, but also other raw, whole foods and nutritional supplements — is killing America, and it must stop. A great way to do this is to continue spreading the truth about raw milk, and its many life-giving properties — properties that do not exist in pasteurized milk, by the way –, and exposing the lies of the government in the process.

WAPF has compiled an extensive report about the anti-raw milk conspiracy that contains many more detailed cases and information than has been revealed in this article:
http://westonaprice.org/press/fda-a…

Also, be sure to check out the WAPF website to learn more about the health benefits of organic, grass-fed raw milk and about how this complete food can help change your life:
http://westonaprice.org/