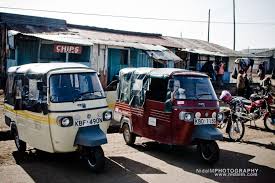 For Indian three-wheeler manufacturers, it’s time for Africa! But they say Asian neighbourhood is also a hot destination. Companies such as Bajaj Auto, Mahindra & Mahindra and a relatively smaller Atul Auto are planning to set up assembly plants in Africa and in South Asia.

The Rs  8,000-crore three-wheeler industry finds that volumes from overseas sales are almost on par with the domestic sales. While the total domestic autorikshaw sales were 110,000 units in April-June quarter, exports were 102,000. Three-wheeler exports, which grew 55% (270,000 units) last fiscal, still maintain the same rate of growth while domestic sales slowed down from 19% to 5%.

“We are working and exploring the three-wheeler assembly opportunity in a couple of markets including Sri Lanka and the Africa region,” said Pravin Shah, chief executive, international operations, M& M.

“Some CKD (completely knocked down units) assembly operations may happen. Opportunity is big, we are looking at it,” said Ravikumar, vice president, business development, Bajaj Auto.

For Bajaj, the biggest three-wheeler exporter, Africa accounts for 48% of its total overseas sales. The company focuses on Nigeria, Uganda, Kenya and Angola.

Atul has tied up with state-owned Bangladesh Machine Tool Factory to make six-seater three-wheelers in that country.

Vijay Kedia, director, Atul Auto said the company has plans to set up a plant in Ethiopia too.