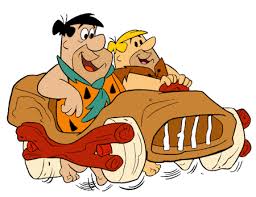 Here is an overview of adventurers, institutions and engineers from around the world who have designed eco-friendly vehicles to spread the awareness about climate change and saving the earth from environmental disaster. Some of them are daring enough to put their lives at stake and tour the planet riding their inventions.

Solartaxi: Solar-electric three-wheeler to trip around the world

Since June 2007, adventurer Louis Palmer is in the process of designing a solar-powered three-wheeled electric vehicle called Solartaxi (http://www.ecofriend.com/entry/solartaxi-solar-electric-three-wheeler-to-trip-around-the-world-to-educate-people-on-global-warming-solutions/) to trip round-the-world. Thirty percent of the energy required to power the three-wheeler comes from solar panels, while another 60 percent of it is supplied by PV panels on the roof of Palmer’s house. The remaining 10 percent is provided by certified solar power generation farms. On a test drive, the vehicle runs for approximately 200 km on a single charge with the capacity to climb to 16,000 meters at a speed of 60 kmph. What’s more, the car has leather seats and an MP3 sound system to entertain you while driving.

Circumnavigation in an eco friendly power boat in record time sounds unbelievable, but Earthrace (http://www.treehugger.com/files/2008/04/earthrace-world-record-attempt.php) is attempting the impossible after having spent over two years in research and development. Billed as the world’s fastest and greenest powerboat, Earthrace headed east to the Azores. The team appears to have taken care of the nitty-gritty very well: the hemp-composite boat parts; biodegradable and non-toxic antifoulant; bilgewater treatment; eco friendly lubricants and bedding; even hemp and bamboo crew clothing. But the foremost claim of a biodiesel fueled and carbon neutral circumnavigation by powerboat seems inherently contradictory.

Sailing across the Pacific in a recycled plastic bottle catamaran

David de Rothschild had thought of an outrageously creative way to spread awareness about protecting our environment. He and a team of four scientists from the Scripps Research Institute undertook Plastiki Expedition (http://www.ecofriend.com/entry/eco-adventures-sailing-across-the-pacific-in-a-recycled-plastic-bottle-catamaran/) entailing sailing across the Pacific from San Francisco to Sydney, a distance of over 12,000 nautical miles. Plastiki is an eco friendly catamaran made from 20,000 plastic bottles injected with CO2. The easy construction enabled the team to recycle the boat when their trip is complete.

Electric vehicles from Australia, Germany and Switzerland completed a pioneering 27,000 kilometer emission-free round-the-world trip after 188 days on the road and at sea. Trev (http://www.physorg.com/news/2011-02-electric-vehicles-round-the-world.html), the three-wheeler from Adelaide, a German electric scooter and a Monotracer high-tech motorcycle made it around the world in 80 days and back after touring 17 countries. Members of Swiss team Zerotracer glided silently into the UN’s European headquarters about six months after they headed eastwards around the world. With some grid supplies on their way potentially being generated by high carbon sources such as coal, each team bought as much power as they consumed from renewable sources such as wind, solar and hydroelectric power to claim an emissions-free tour.

Planet Solar, the world’s largest solar boat is a case in point for those who want to contribute to save environment. The 31-meter long and 15-meter wide craft is a multi-hulled vessel, powered entirely by up to 500 square meters of photovoltaic solar panels. To achieve to full photovoltaic capture there are solar covered flaps that are extended at the stern and amidships. Planet Solar (http://www.treehugger.com/files/2010/02/planetsolar-worlds-largest-solar-boat-unveiled.php) is expected to capture 103.4 kW of solar energy to drive its engine. The Catamaran apparently only needs 20kW to achieve an average speed of eight knots, which – the experts hope – will increase to a roughly twice top speed.

Quikey: A four-wheeled bike for a transcontinental adventure

How far can man go on a pedal-power? A few kilometers? A few miles ? A few states? An entire nation? Well, ask Australian adventurers Roger Chao and Megan Kerr and they will say – across the continents. Believe it or not, the duo is planning to span the continents through Russia and Asia covering a distance of about 12,000 km paddling on a four-wheeled bike called Quikey (http://www.ecofriend.com/entry/eco-adventures-quikey-a-four-wheeled-bike-for-a-transcontinental-adventure/) from Astana, Kazakhstan, across the Eurasian steppes.

A weekend ride down to the grocery shop by crossing the Thames on a pedal-powered hovercraft is a fascinating idea, but not an easy ride. A flight group at the University of London has shown how you can enjoy best of both worlds. The group has designed a hovercraft dubbed Steamboat Willy (http://www.ecofriend.com/entry/eco-adventures-steamboat-willy-crosses-the-thames-on-pedal-power/) made from the lightest materials available like carbon fiber, glass cloth and Styrofoam, which did ease the ride.

Riding across Australia on a solar-powered trike

In a exemplary display of spreading awareness about climate change, Year 8 to Year 12 students from Ballarat’s Damascus College are attempting to ride their way into the record books by riding a distance of 3775 kilometers on a solar-powered trike – a three wheeled bike. The expedition, called the RodeRAGE, is the result of an 11-year program by the school called the Energy Breakthrough Team. The team is also aiming to raise about $100,000 to aid the impact of climate change in developing nations.